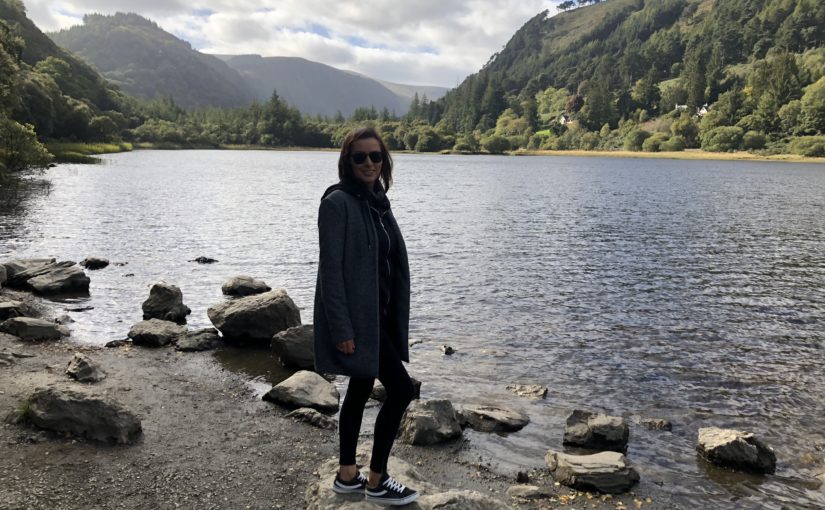 As I now only have one chemo session left I think it’s time for another song – this time I’m humming the chorus to Europe’s “The Final Countdown”!!

We played this song on our wedding day just before I walked down the aisle – it was the song to warn Adrian I had arrived and if he wanted to leg it this was his last chance (lol)!!  I wasn’t to know at the time that a year and a half later it would have a completely different meaning for me, but yet again it’s marking a good milestone, my next chemo session will be my last one (hopefully for good).

I’m not done yet, my cancer battle is nowhere near over but I’ve been so blessed with how the last few months have gone. Don’t get me wrong, there have been plenty of days that it’s been a struggle and it’s been so tempting to stay snuggled up in bed, especially the first week after treatment when everything takes a little extra effort but I have to say (I don’t want to jinx myself before the last session) but I really haven’t found it as bad as I expected.  I’ve been so lucky that all my side effects have been minor complaints, I know not everyone is as lucky and there are so many brave women and men out there fighting a much tougher battle every day and I respect them so much.  I nearly feel like a fraud who doesn’t deserve all the amazing support and praise I have received.

Trying to keep myself busy and getting out of the house has really helped me.  I love meeting friends for coffee (or Prosecco!!) and catching up with the gossip, I’m just a nightmare at making plans but when someone else gives me the nudge I’m always glad.  We had a lovely time with friends last weekend  where 6 kids played happily together, I got cuddles from a gorgeous 4 month old and 6 adults had a lovely relaxing evening catching up (thanks Brian for the yummy dinner!) 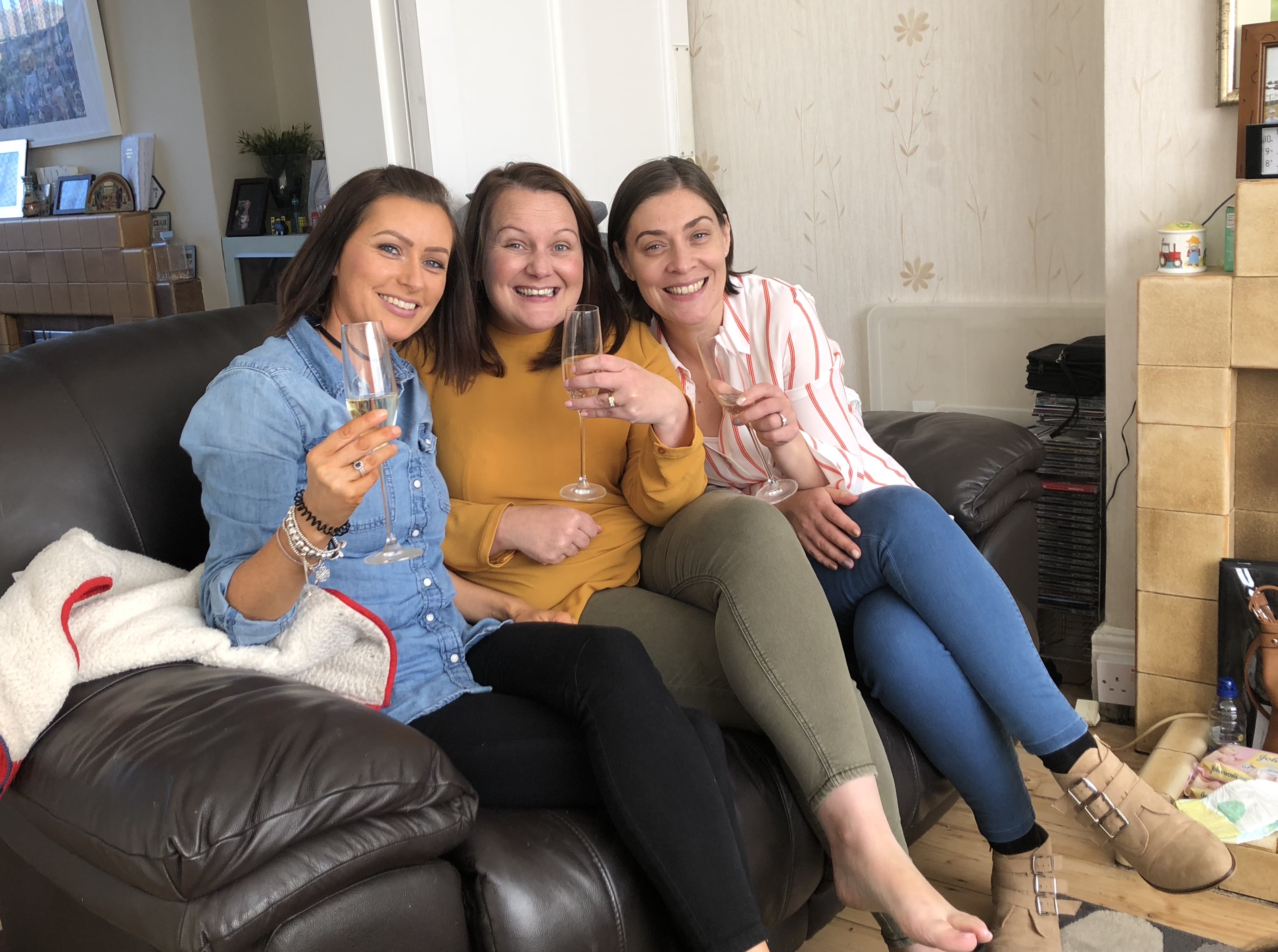 Mum was up for a night for my “slow weekend” (the 1st one after chemo) again this time round.  We managed a bite to eat and the cinema on Sat evening and met with my brother and his partner for brunch on Sunday, followed by an obligatory walk on the pier and Teddies Ice-cream (I’ve never eaten so much ice-cream in my life!). 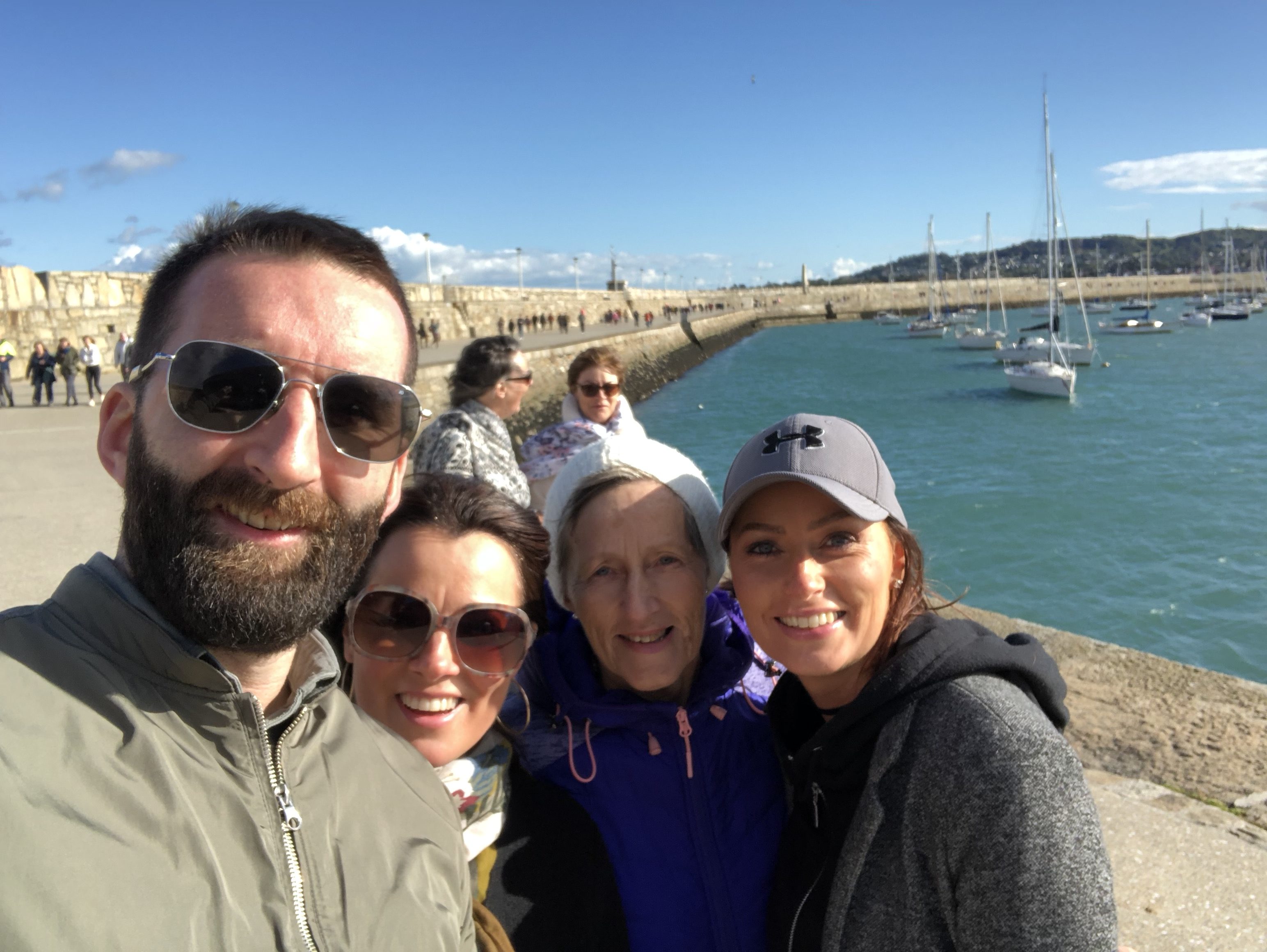 I’m torn at the moment between on one hand trying to enjoy and make the most of the little moments and treat myself when I’m feeling well on the other hand trying to be healthy and eat well.  The weekends mum is up definitely don’t bode well for the healthy option – mum is a believer in enjoying life and that definitely includes eating plenty of chocolate!!! She is a feeder – picture Fr Teds Mrs Doyle pushing chocolate and deserts instead of cups of tea – “go on, go on, go on”.  And there’s not a pick on her! My sister and myself used to think we were safe because it was in the genes, then realised, no, she’s just a crazy woman who never stops and is always on the go and we love her for it.  If I have her zest for life in another 30 years I’ll be a happy woman!!!!

It’s been a busy time for parties, unfortunately Alec has been the one doing the partying not us! He had 4 invites for one weekend two weeks ago! As there’s only a year and a half between Aaron and himself it’s a tough one trying to explain to Aaron why Alec is going to all these parties but he isn’t going to any so Aaron any myself have started going on dates together while Alec heads to the parties with daddy. 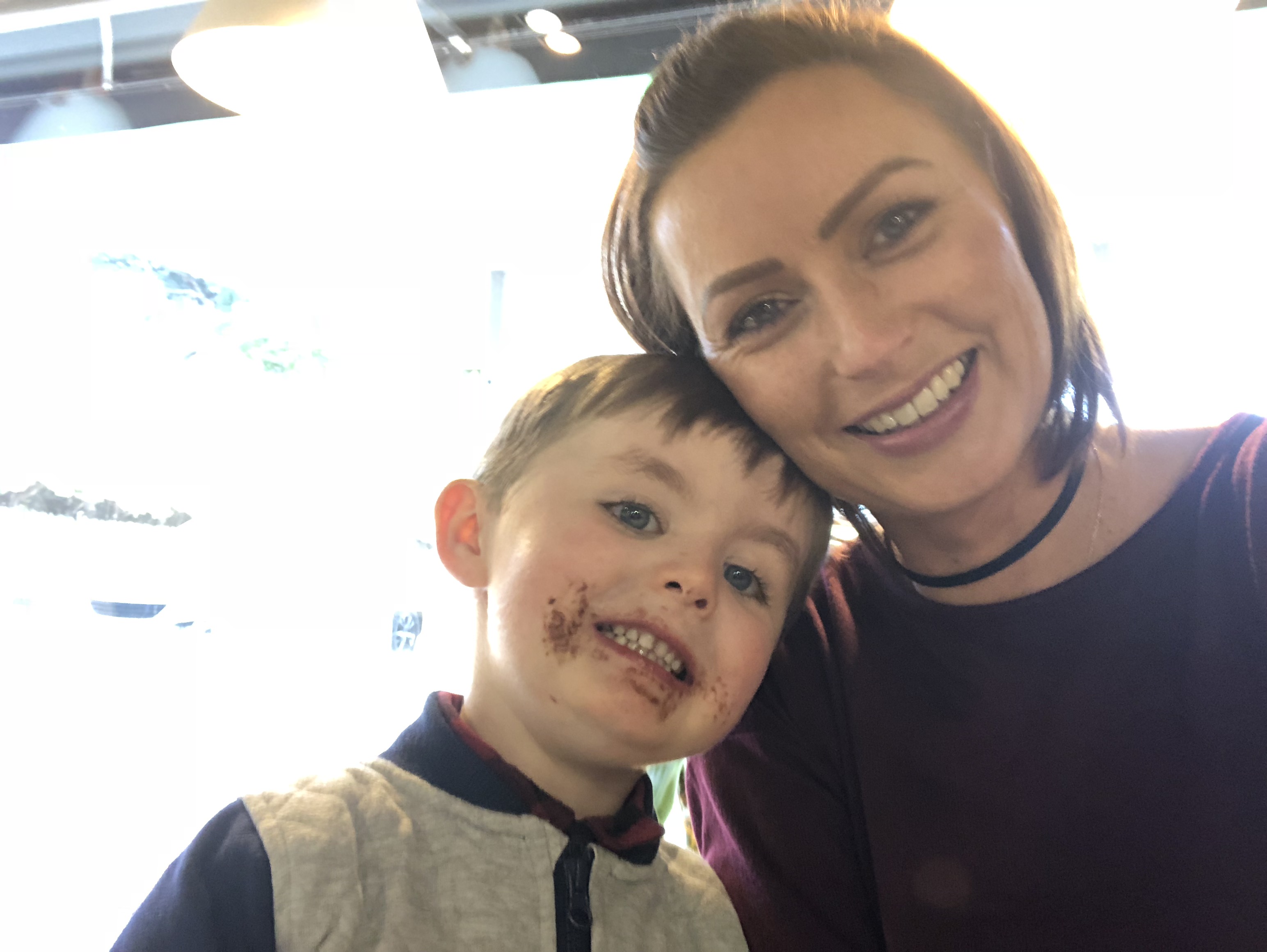 We still get the initial tears but thankfully they’ve changed to laughter and we’ve had some great fun together.  It’s actually been lovely to spend some one on one time together and I’m looking forward to some dates with Alec when Aaron starts hitting the party scene! 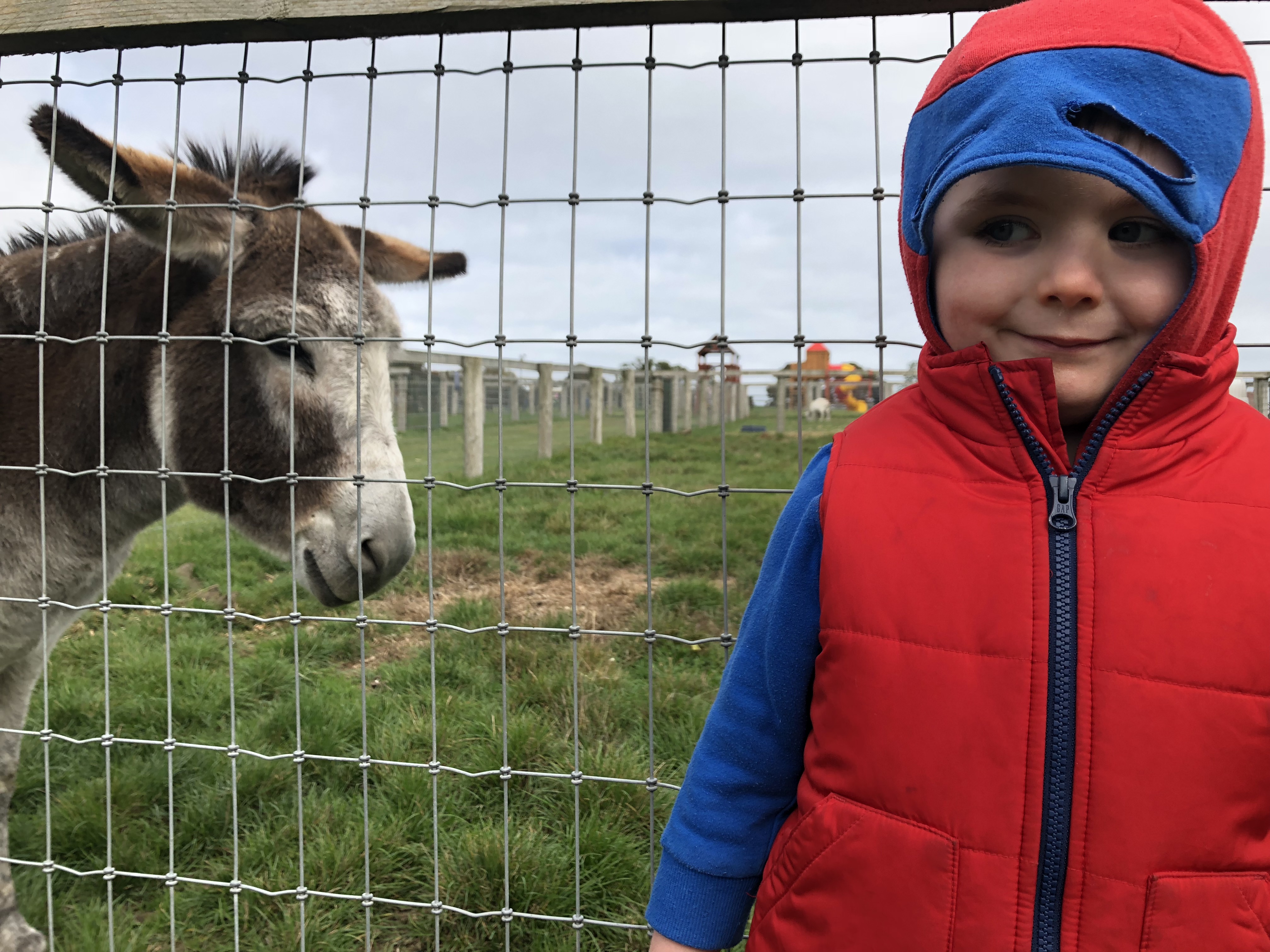 We finished off the weekend with some baking on Sunday nothing too exciting – as I’m trying to be someway good so we made some protein balls I saw on Instagram @rejuenatinghealthwithnicole. I also tried a couple of recipes from Roz Purcell’s book “Half Hour Hero” (with 450g of chocolate in one of the recipes I don’t think it can pass as one of my healthy choices even if the chocolate was dark chocolate and had an Avocado in it!) The boys had some good fun making them and sampling the ingredients though! 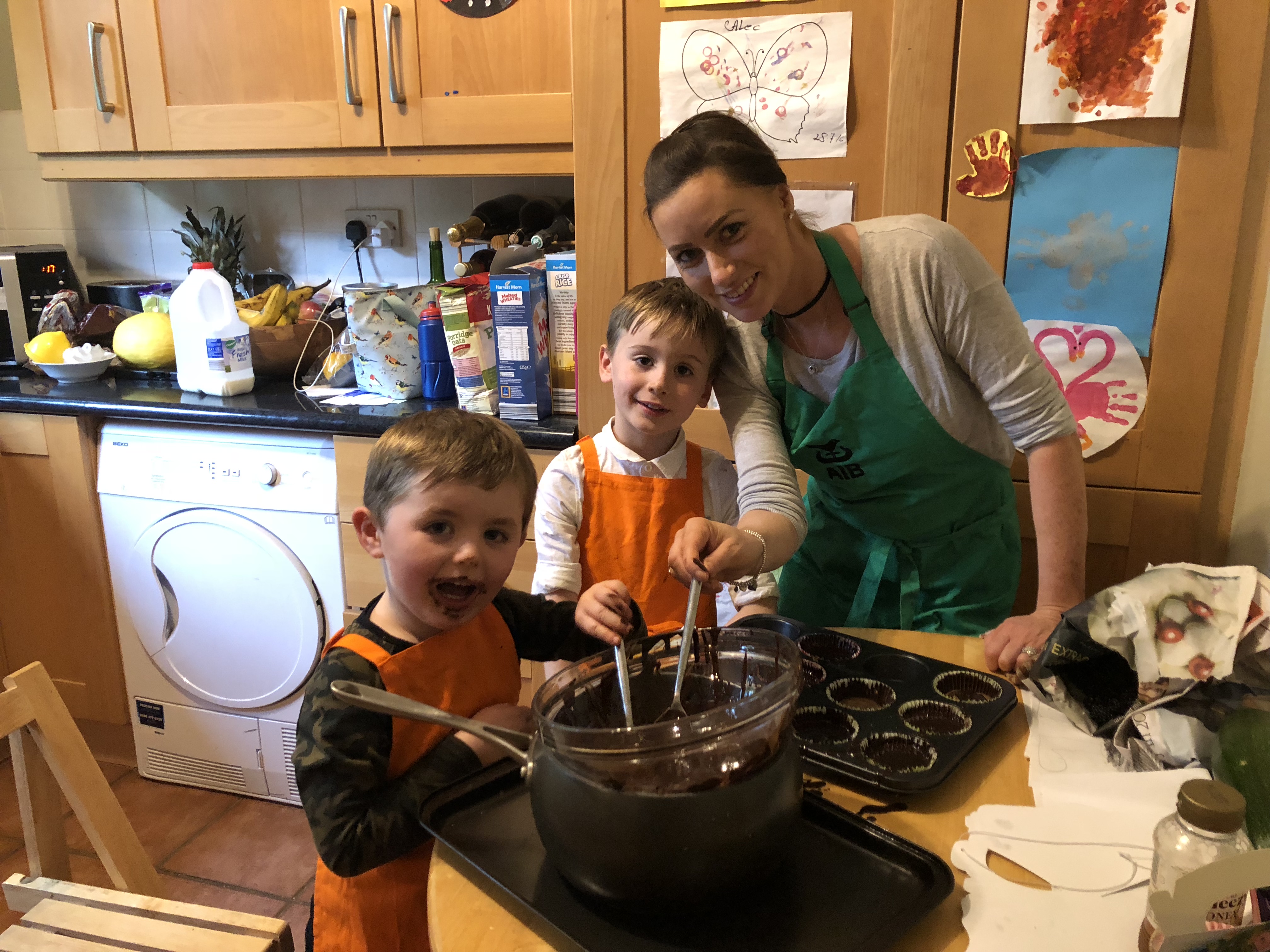 To anyone struggling through this my biggest piece of advice is to exercise – that doesn’t mean hit the gym for a workout or run 10K, it means just do whatever little you can manage.  Getting out of the house can sometimes be the hardest part.  For me it’s about knowing the difference between challenging myself in a healthy way without over doing it and trying not to use my treatment as an excuse to sit about on days I’m just feeling a little sluggish and lazy. I always feel so much better after getting out for a walk and fresh air (even if it’s a slow, short walk) and never regret getting out of the house once I’ve made the effort.

I had my first experience of Acupuncture two weeks ago.  For someone who is not a fan of needles I was surprisingly excited about the session and hadn’t even considered the fact that I was now voluntarily about to have a number of needles stuck in me for relaxation! The needles are obviously a lot thinner than the ones I’ve become accustomed to recently – more like pins really. I did feel the needles going in (as you would expect!) but it was more a pin prick than anything else and there was no pain once inserted. 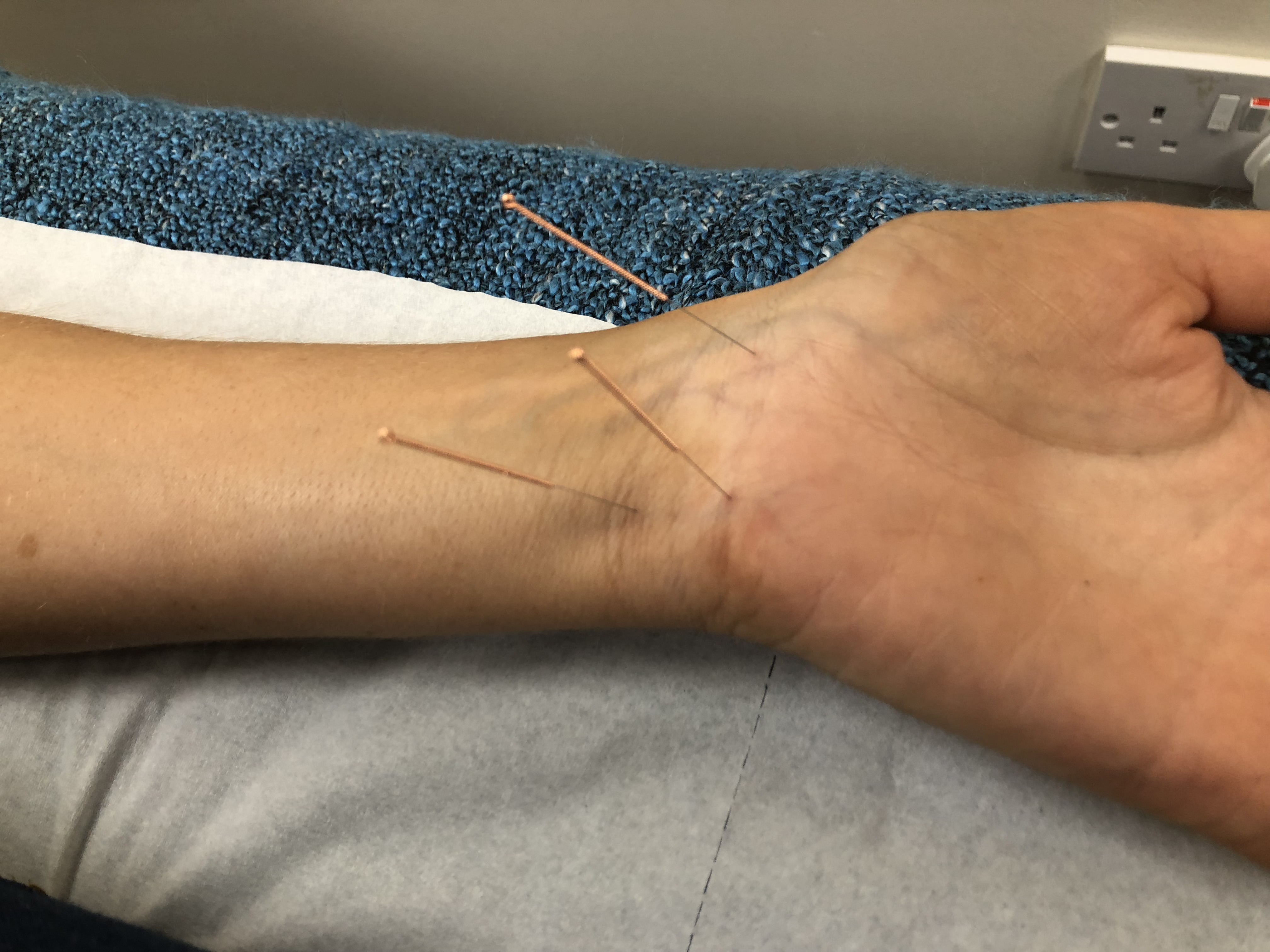 My main aim for the session was to help with my sleep (or lack of). I had two needles inserted in my ankles, two just below the knees and two in each wrist.  Again I hadn’t considered the logistics of the needle placement – all my jeans are skinny jeans but luckily I was wearing an ever so slightly looser pair so just about managed to yank them up to my knees (with a little difficulty) – I was a bit paranoid how the blood circulation (or lack of) around the knees might affect the session, lol!  After the needles were in place I was left to relax to some soothing music for about half an hour or so.

I’m still struggling with my sleep, it had improved a bit but the last few nights haven’t been great again – I’m putting this down to the pre and post treatment steroids and two little boys awake with dodgy stomachs for now.  I was told one session wouldn’t be enough so I’ve scheduled another session for next week, I’ve also gotten a bit better with my Mindspace App and will hopefully continue to see improvement.  Magnesium is good for sleep and some good natural sources I would have in my diet are avocado, spinach, dark chocolate and almonds.  I also just bought a Magnesium supplement for an extra boost of it for now.

I’m due back in for my 2nd emBrowdery session next week.  My eyebrows have faded as expected but so far are lasting better than I thought they would after the 1st session.  At the moment they look a lot more natural when I have no makeup on but I need to top them up when I have my makeup on so I’ll be interested to see the difference after the 2nd session.  This is where I need to be a bit more certain about the colour and shape I want.  The picture below shows the comparison with one eyebrow untouched and the other filled in a bit. 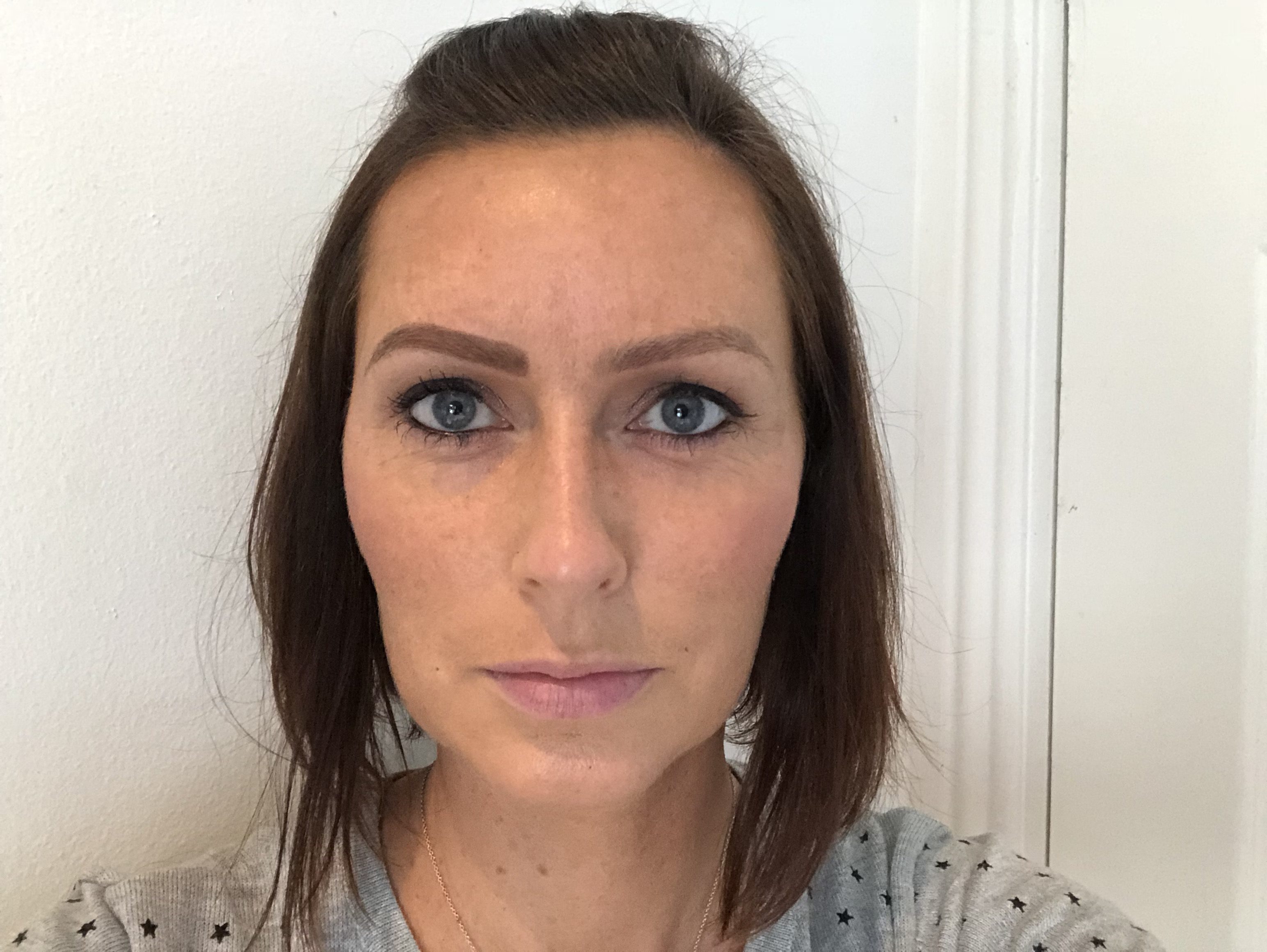 I can’t believe it’s been 3 months since I have dyed my hair so at the moment between my bald patches and all the grey I am all set for a great Halloween look!!!! I’ve mentioned some of the root touch up products in previous posts but have included some photos in an updated post in the beauty section Battle of the Greys: Root Touch ups.

I came across a quote from C.S. Lewis last week that I love.  It really encapsulates how I like to at least try and view life and deal with what it throws at me. It also echoes a lot of the positive psychology I studied in my college course.

I know it’s easier said than done and is not for everyone, in particular when dealing with something like cancer because unfortunately not everyone is fortunate to have the control to change the ending. But I do believe that for those things that are beyond our control the one thing we can decide is the attitude with how we deal with them. For me this is more how I like to lead my life in general, for all the other crap life throws at you, because unfortunately cancer doesn’t make you immune from day to day challenges and obviously there are plenty of people facing daily challenges and struggles without a cancer diagnosis. For me it’s about trying to accept what is beyond my control and focus my energy on the things I can control or influence and searching for the positive, opportunity or lesson in every circumstance.

Our mind has a vast potential to be high performing, happy and kind, even in stressful situations.  My physical health is largely in the hands of doctors, however I have control over how much I exercise, what I eat and my emotional, mental and spiritual health. I’m reading more on the benefits of Mindfulness at the moment and trying to incorporate it into my day as much as I can.  I’ve written a bit more about it with a simple exercise I like to use in a Mindfulness blog in the Health and Wellbeing Category.  I like to remind myself of the ancient proverb “’Mind your thoughts, as they become words; Mind your words, as they become actions, Mind your actions, as they become habits; Mind your habits, as they shape your life”

Or as the very wise bear, Winnie the Pooh said:

“When life throws you a rainy day, play in the puddles”

2 thoughts on “The Final Countdown”